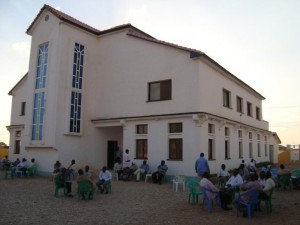 Somali Family Services (SFS) believes in the critical role civil society plays in Somalia’s economic and political development. Civil society organizations (CSOs) build peace and provide vital services to the population. They also empower citizens to participate in the rebuilding and governing of their country. To advance civil society’s ability to play its role as a key pillar of democracy, SFS works to support, strengthen and improve local CSOs in a variety of ways. 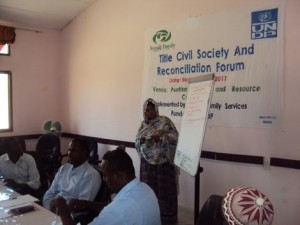 ts defenders (HRDs). In conjunction with the UN Political Office for Somalia (UNPOS), SFS held a workshop on human rights in July of 2011 that brought together traditional leaders and representatives from civil society, media and government. Participants discussed how to better protect human rights in Puntland and concrete steps that should be taken toward this goal, such as the establishment of an Office of Human Rights Defenders.

In all of its programming, SFS strives to build peace and demonstrate non-violent solutions. It seeks to rebuild Puntland into a secure, democratic state where its citizens can thrive and have a meaningful voice in how Somali society and government are organized.